Two Scots businesses are in the running to become ‘New Entrant Farm Business of the Year’ in a contest designed to identify people who have overcome barriers in the early part of their farming career.

The Banffshire-based Scottish Goat Meat Company and Lynbreck Croft, located in the Cairngorms National Park, will compete for the NEWBIE award for innovative new entrants against The Horned Beef Company, based in the Lake District.

All three business have overcome key barriers for new entrants in different ways, according to Simon Gadd of the project’s national steering group, adding that they also all know their markets, have a vision for the future and understand how to take advantage of their location.

In being selected as competition finalists, with the chance to win £500 towards the cost of training or an international visit, the Scottish Goat Meat Company was described as providing high-quality, locally reared goat meat direct to customers’ doors. Lynbreck Croft, meanwhile, is a 150-acre mixed habitat croft enterprise in the Cairngorms while The Horned Beef Company farms over 500 acres without using either fertilisers or pesticides.

“Each of the shortlisted farms represents a stellar example of how new entrants innovate to deal with the common hurdles of starting a new farm business,” said Dr Lee-Ann Sutherland from the James Hutton Institute, which oversees the award.

“They show a unique approach to the daunting tasks of gaining access to land, markets and capital, that most new entrants endure.”

The project, which comes under the European Commission-funded NEWBIE scheme is also being run with in eight other European countries.

The UK winner will selected farm union representatives from England, Scotland, Northern Ireland and Wales and announced in early May. 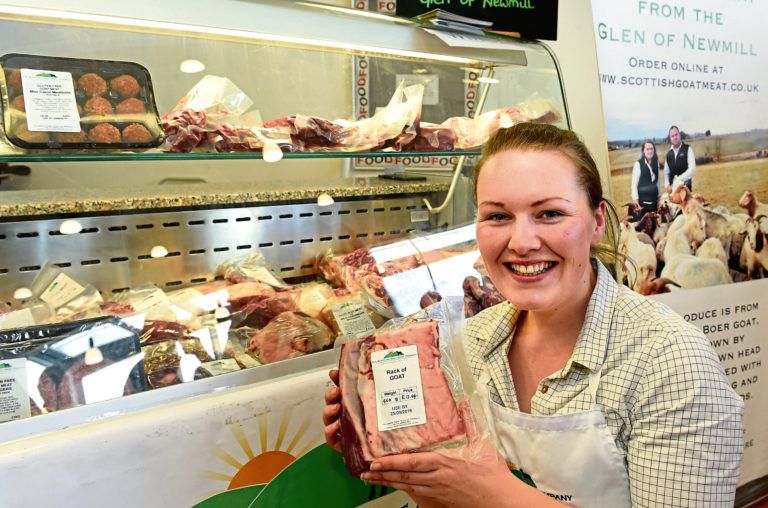 Based in Banffshire we provide fresh, high quality, healthy, Scottish goat meat direct to your door.